Towards a Green Stoic philosophy


stoicism will be needed if civilised life is to survive an environmental crisis that cannot now be avoided. Walking on lava requires a cool head, not one filled with fiery dreams.[1]

As I’ve written previously, I find this view quite compelling. But what would this kind of stoicism look like? How would it work?

When someone is described as stoical the adjective is usually coupled with ‘grimly’: the caricature would be a guy in a toga who falls on his sword without complaint. But the human animal needs more than sang froid and an extremely practical cast of mind, essential as those qualities are in current circumstances. [2] We need some form of hope, albeit a toughened one that is ready to take many more punches, and we need some sort of vision. We need, I suggest, ‘green stoicism’. [3]

The ‘green’ in this coupling refers to a kind of environmentalism that is as undeceived and unsentimental as we can achieve. It recognizes (among other things) that evolutionary processes and earth systems are indifferent. [4] It sees grandeur in life as well as pain and tragedy. But it also seeks for space where intelligent decisions are sometimes possible, particularly as processes, systems and emergent properties in physics, biology, ecology, neuroscience and so on become better understood.

And the ‘stoicism’ is informed by more than grim determination to do the right thing even when defeat seems the most likely outcome (important though that is). While it is deeply concerned with understanding destructive aspects of human nature such as our susceptibility to fear and anger and to appetites that run out of control, it also celebrates a tradition of exploring and cultivating the virtues and human flourishing. [5] It holds that to some extent we can manage and channel our drives and those of others to beneficial ends. Our ability to do so may be limited and often destined for defeat but it is better than nothing.

Ancient stoicism, broadly speaking, said that we must live in accordance with nature. Four or five hundred years of modern science have given us much more sophisticated models of nature to work with: progress in science is real. [6] 'Green stoicism' would build on this real knowledge for an approach to human affairs that is neither Hobbesian nor Panglossian. [7] 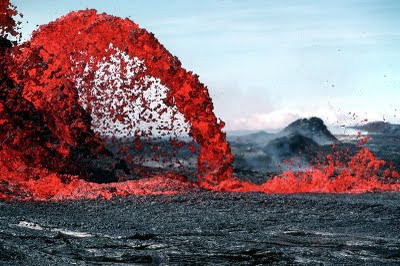 [1] A review of Uncivilisation: Dark Mountain Manifesto. The metaphor doesn’t quite work: it is impossible to walk on lava. Closer, perhaps, to envisage a walk on a thin crust of cooled rock above a magma chamber. If it erupts beneath our feet then, stoic or not, we're toast. But if eruption is not imminent then we may have some room, albeit temporary and limited, to make choices. We may be able to move to another part of the landscape where we are less likely to be in the path of lava flows or noxious gasses. There may even be things we can do to reduce the likelihood of an eruption.

[2] See for example, the proceedings of the 4 Degree Conference, and much else including Michael Klare on Energy Xtremism

[3] Michael Benedikt has used the phrase 'environmental stoicism' to denote "the ability to endure or tune out places that are cheap or neglected, depressing or demeaning, banal, uncomfortable, or controlling." An interesting idea but not what I have in mind.

[4] Lao Tzu: "Heaven and earth are ruthless, and treat the myriad creatures as straw dogs." Charles Darwin: “Nothing is easier than to admit in words the truth of the universal struggle for life, or more difficult -- or at least I have found it so -- than constantly to bear this conclusion in mind.” James Lovelock: “Nature is not fragile; we are.”

[5] Eudaimonia does not require hedonism in the sense we use that term today. As Epicurus put it, "it is impossible to live a pleasant life without living wisely and honorably and justly."

[6] A beautiful example here. But (added 8 Oct) Gray, presumably, would not agree. "We imagine that the theories we frame about the world are not only useful, but also true." This is, he says, "a highly questionable assumption". On the other hand, he has just referred to the possibility of a multiverse, an idea that derives from the contemporary cosmology. 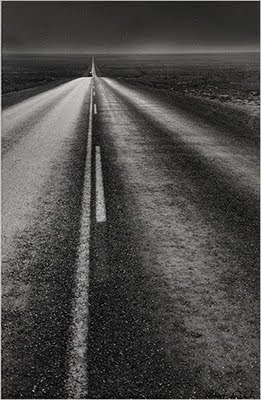 Posted by Caspar Henderson at 10:47 am

Email ThisBlogThis!Share to TwitterShare to FacebookShare to Pinterest
Labels: philosophy

I suspect what is meant is more like what religious traditions mean by concepts such as 'non-attachment' 'indifference' or 'purity of heart' (nothing to do with sex). I.E. a willingness to do the right thing without regard for personal consequences or aspirations. Just because that's the way it is.