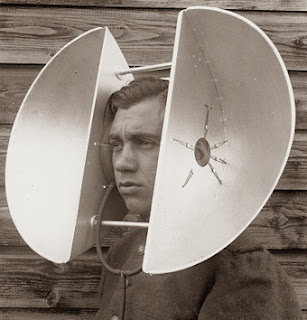 I have a review in The Guardian of Sonic Wonderland by Trevor Cox.  Here are some further notes.

Several of the wonders mentioned in Sonic Wonderland can be heard here. Also check out ChrisWatson.net

You can hear the echoes and crunches six miles down in the KTB borehole here.

Plants can detect sound too. See, among others, Daniel Chamovitz, Alva Noe, and a recent article by Michael Pollan, which this bang-on observation:


Darwin was asking us to think of the plant as a kind of upside-down animal, with its main sensory organs and “brain” on the bottom, underground, and its sexual organs on top.

Reveling in manmade spaces...as well as natural wonders. One of the most extraordinary in the book, but not mentioned in my review, is the acoustic signature of the Kukulkan pyramid which, intentionally or not, resembles the falling chirp of the quetzal bird. Cox also recalls a beautiful passage from Thomas Hardy's Under the Greenwood Tree:

To dwellers in a wood almost every species of tree has its voice as well as its feature. At the passing of the breeze the fir-trees sob and moan no less distinctly than they rock; the holly whistles as it battles with itself; the ash hisses amid its quiverings; the beech rustles while its flat boughs rise and fall. And winter, which modifies the note of such trees as shed their leaves, does not destroy its individuality.

Can we learn to use sound more creatively and wisely, and can we become better listeners?

Among outstanding creative uses of sound in frequently brilliant show RadioLab is a segment using a choir to depict Mantis shrimp vision. On ultrasound in surgery see this. On the modeling of molecular structures, namely proteins, see this. Among many other potential uses of sound may be a way to produce hydrogen for fuel.  In The Emperor of Scent, Chandler Burr invites the reader to consider each molecule as a chord.

While working on The Book of Barely Imagined Beings I blogged on sound a number of times. Among the most striking research I came across suggested that orangutans make wind instruments out of folded vegetation, blowing through it to modulate the sound of their alarm calls. This makes them the only animal apart from humans known to use tools to manipulate sound.  I also wrote about sound at a several points in the book, including in the chapter titled Human:


The Babenzele, a Pygmy tribe in the Congo, combine polyphony (voices singing different melodic lines simultaneously) and polyrhythm (beating more than one rhythm at the same time; for the Babenzele, it may typically be eight, three, nine and twelve beat sections combined in a complex overlapping whole). Many Westerners find this kind of music hard to follow and appreciate. But this initial bewilderment can soon be overcome. A good place to start, says the anthropologist Jerome Lewis, is to listen first to the forest where the Babenzele live. Various animals – monkeys, songbirds and others – make different sounds at different times; combined, these are the sounds of the forest. For the Babenzele, polyphony and polyrhythm are ways of echoing and embodying their world, of learning its secrets. ‘What they are really interested in’, says Lewis, ‘are synergies: technologies of enchantment, where you lose your sense of self and become aware of a greater community.’ When the human voices intertwine just right, he says, a sense of calm euphoria arises, ‘a blissful state in which you have forgotten yourself completely and are lost in the beauty of sound’. [See Note 1]

In the chapter on the Right whale I wrote about the Bearded seals that Cox also describes:


A musician onboard [Max Eastley] used an underwater microphone to listen beneath the waves. He recorded a series of long whistles that started high and descended, very gradually – ever so slowly – right down the scale. The sound was something like a slide-whistle or theremin but richer and sweeter, suspended in a vast, echoing world on whose floor, far below the waves and ice, one could imagine, in the far distance, the rustle and click of crustaceans.

When the sea is in a gentle mood, the play of light on its ever-changing surface can be spellbinding. But sounds heard from beneath the sea are another thing. They make unseen space apparent, rather as raindrops on forest leaves or church bells echoing on a hillside describe landscape for a blind man. On our little boat those whistles shifted the focus of the mind’s eye. No more were we merely bobbing and cutting through obdurate, shifting steel-grey water; we were in a spaceship drifting high above a hidden world

The calls we listened to that day – simple and unchanging in form – were made by a seal. At the time they seemed no less enchanting for that. All things make music with their lives, as John Muir said. Only later did it occur to me that what was really notable about that moment was not presence but absence. Until about three hundred years ago there would have been thousands of whales in these waters, and the call of a seal would have been a small part of the background to their songs and grunts rather than a lone call echoing through emptiness.

From the other end of the world there's this.

Unspeakable Damage and the Animal Orchestra. See, among others, Jeremy Denk on Bernie Krause and this by Krause himself.

Neither nature's song nor man's has ended. As Daniel Barenboim observes, it is not by chance that the Funeral March is the second, not the last movement of Beethoven's Eroica Symphony. Basho writes: 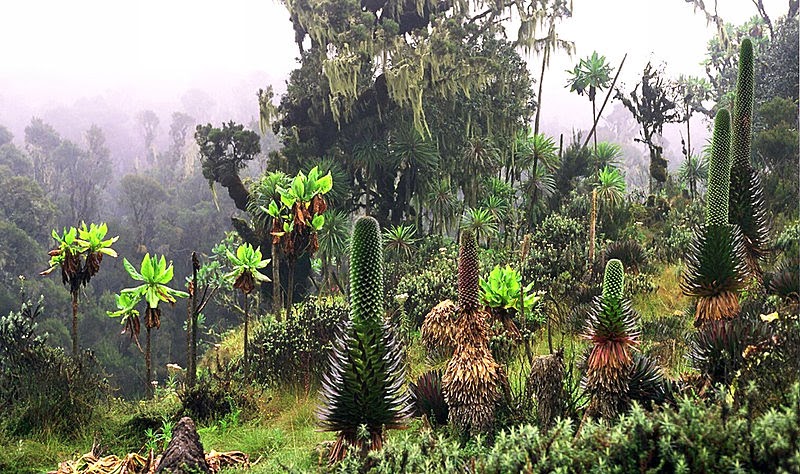 Note [1] In a move that might have intrigued Karlheinz Stockhausen, the Jhonda tribe in India sometimes integrate the sounds of short wave radio into their songs.

P.S. There is an nice review of the book by Ian Thomson in The Telegraph.

P.P.S. Paul Farley remembers and recreates a sonic education in Between The Ears on BBC Radio 3

Email ThisBlogThis!Share to TwitterShare to FacebookShare to Pinterest
Labels: reviews