A Cabinet of Curiosities for the Anthropocene 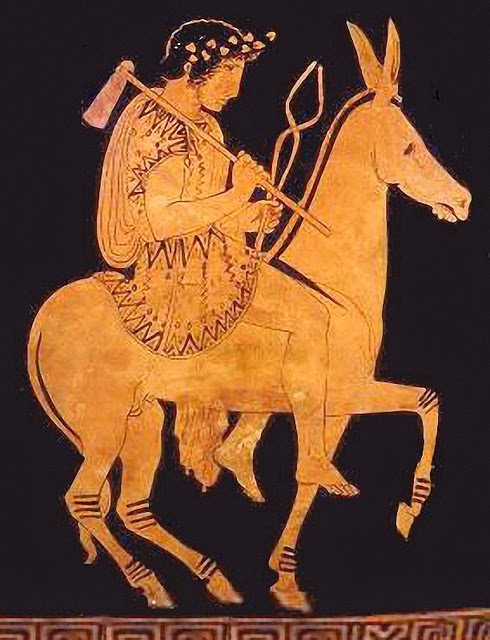 On 4 May I presented a small Cabinet of Curiosities for the Anthropocene at the First Athens Science Festival. The event was filmed.  Here is a list of the objects that made the cut:


1. Nautilus shell  -- a beautiful form embodying lessons of time, structure and number from hundreds of millions of years of prehuman history.

2. Woomera --  an Aboriginal Australian spear thrower. The ever improving capability to hurl deadly project projectiles over long distances has been a key factor in human culture.

3. Flute made from a seed -- Amazonian, perhaps Marajoara or Tapajonica. Creating music in harmony with one's environment has also been a vital strand across many cultures and times.

4. Sculptures from the Hamangia Culture, circa 5000 to 4600 BC (photograph). Settled societies with increasingly well developed agriculture supported new cultural forms.

5. Sickle -- one of the oldest and most important agricultural tools. Agricultural societies gave rise to tax systems.

7. Smallpox virus -- fate of densely settled communities is hugely influenced by pathogens such as this. The elimination of smallpox a major triumph of medical science.

8. Sugar -- central to a early phase of globalisation, first time large amounts of energy transported from one part of the world to another.

10. Plant fertilizer. The Haber-Bosch process (1913) facilitated massive growth in agricultural productivity and enables a population of more than 7 billion, for now.

11. International peacekeeper (toy). Increasingly globalized economy is vulnerable to instabilities. Climate change likely to be one among several factors behind some conflicts.

12. What is Life? by Erwin Schrödinger (1944). "Living things embody process far more intricate than atoms or stars." What is our biotech/synbio future?

13. Odroid -- a "supercomputer" in a 8cm cube. Each of its four CPUs can perform more than 2 billion operations per second. It costs less than 50 Euros.

14. Superintelligence: Paths, Dangers, Strategies by Nick Bostrom (2014). Superhuman machine intelligence could be "the best or the worst thing that has ever happened to humanity."

15. Cone shell -- our future is hugely influenced by the fate of the oceans.

16. Nurdles -- the oceans are increasingly filled with tiny plastic particles.

17. Black rhino sculpture, carved from ivory of illegally poached elephant, Zambia, 1980s. We are going through a mass extinction event.

18. Bird Bingo -- what perishes and what thrives in the Anthropocene is uncertain. Robins and other birds appear to be adapting to ionizing radiation around Chernobyl.

19. Air freshener -- what kind of world do we fool ourselves we are living in?

As I said, this was a first cut. I hope to increase/improve the representation of objects in the Cabinet over time. If you have a suggestion please tweet with the tag #AnthropoceneCuriosity

Thanks to Stephen Hicks, Mike Mason, Matt Prescott, Callum Roberts and Veronica Strang for the loan of objects.