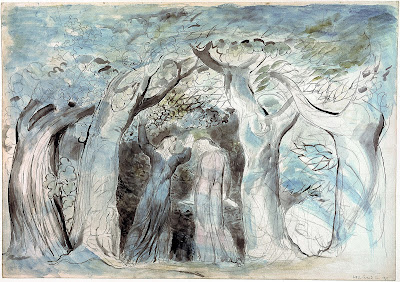 I have review essay on Alberto Manguel's Curiosity in The Guardian today. Here are some further notes.


Everywhere, things snagged me. The visible world turned me curious to books; the books propelled me reeling back to the real world.

crows      These observations on Caledonian crows and children come via Alison Gopnik. For more on the cognitive abilities of crows see, e.g., Crows Understand Analogies.

the nature of desire      what can one sensibly add on this most contemplated topic? Samuel Johnson wrote: “the mind of man is never satisfied with the objects immediately before it.” In Religion of the Future, Roberto Unger writes:


Our insatiability is rooted in our natural constitution. Human desires are indeterminate. They fail to exhibit the targeted and scripted quality of desire among other animals.Even when, as in addiction and obsession, they fix on particular objects, we make those particular objects serve as proxies for longings to which they have loose or arbitrary relation

... It is not only to other people that we are ambivalent; it is also to our own desires because they are ours and not ours. This confusion enters into the experience of insatiability and endows it with its tortured and desperate quality,

endless distraction...an obesity of the mind  from here


A bacterium found on the rear end of a small worm in the deep ocean hints at the origin of complex (eukaryotic) life.  A telescope rivalling the great pyramids in size that is soon to be built in Chile will enable its creators to make sharp images of earth-like planets far away in the galaxy. Optogenetics and recently developed imaging techniques have enormous potential to increase understanding of the human brain, the most complex thing in the universe, and the treatment of disease. [1]

My response to that is: good for him.  The pre-edited text continued:


We are but embryon philosophers. The great flood-gates of the wonder-world swing open and reveal a wild what. [2]

[1] The bacterium on the rear end of small worm deep in the ocean is Parakaryon myojinensis. See The Vital Question by Nick Lane. The telescope rivalling the great pyramids in size is the European Extremely Large Telescope. Its images will be 19 times sharper than those from the Hubble Space telescope and, it is claimed, able to show Earth-like planets in distant space.  See also this article about telescopes of the 2030s.  On recently developed [brain] imaging techniques see, for example, this article on optogenetics.

[2] embryon philosophers is from Thomas Browne. The great flood-gates of the wonder-world swing open is from Herman Melville.  The wild what is from Amy Leach.
Posted by Caspar Henderson at 11:43 am